A couple, both professors, decided to purchase an old high school classroom, part of a larger restoration project. A leap in the dark as the works had just begun and the room looked like a typical classroom, with green enamel wainscot and white walls full of writings, typical of Italian schools. But they had fallen in love with the context and where attracted to the history of the building.

They asked to draw up a first proposal, in competition with other architectural firms. Together with the professors comes the request for a large library to host numerous books and objects collected during their travels. Being a single room, meticulous attention to all details is needed, as if it was a small jewel. The project focuses on optimizing the layout, looking for the perfect fit. Which convinced and we are entrusted with the complete renovation.

During the works, wonderful decorations appeared from under the thick layer of paint. And thanks to a skilful restoration by the local artisans, the ceiling and frescoes where slowly restored to their old splendour

The finding required an adjustment of the project, especially in the choice of materials. For the flooring a painted Venetian floor was used, like it was done in the past by noble families who could not afford a real Venetian floor. A very light solution with a particular effect. While for the walls a slaked lime was used with its typical vibrant shades and material appearance. The bathroom has been made to measure, using large slabs of Calacatta honey marble.

Despite the two large windows the studio apartment was very dark. To overcome this, an ad hoc lighting project was studied, combining spotlights to illuminate the ceiling with an imposing chandelier and back-lit shelves, allowing various settings through a home automation system.

The library, located on the internal side of the apartment, functions as a link between the two levels. And the furnishings were completed with designed furniture and vintage objects. 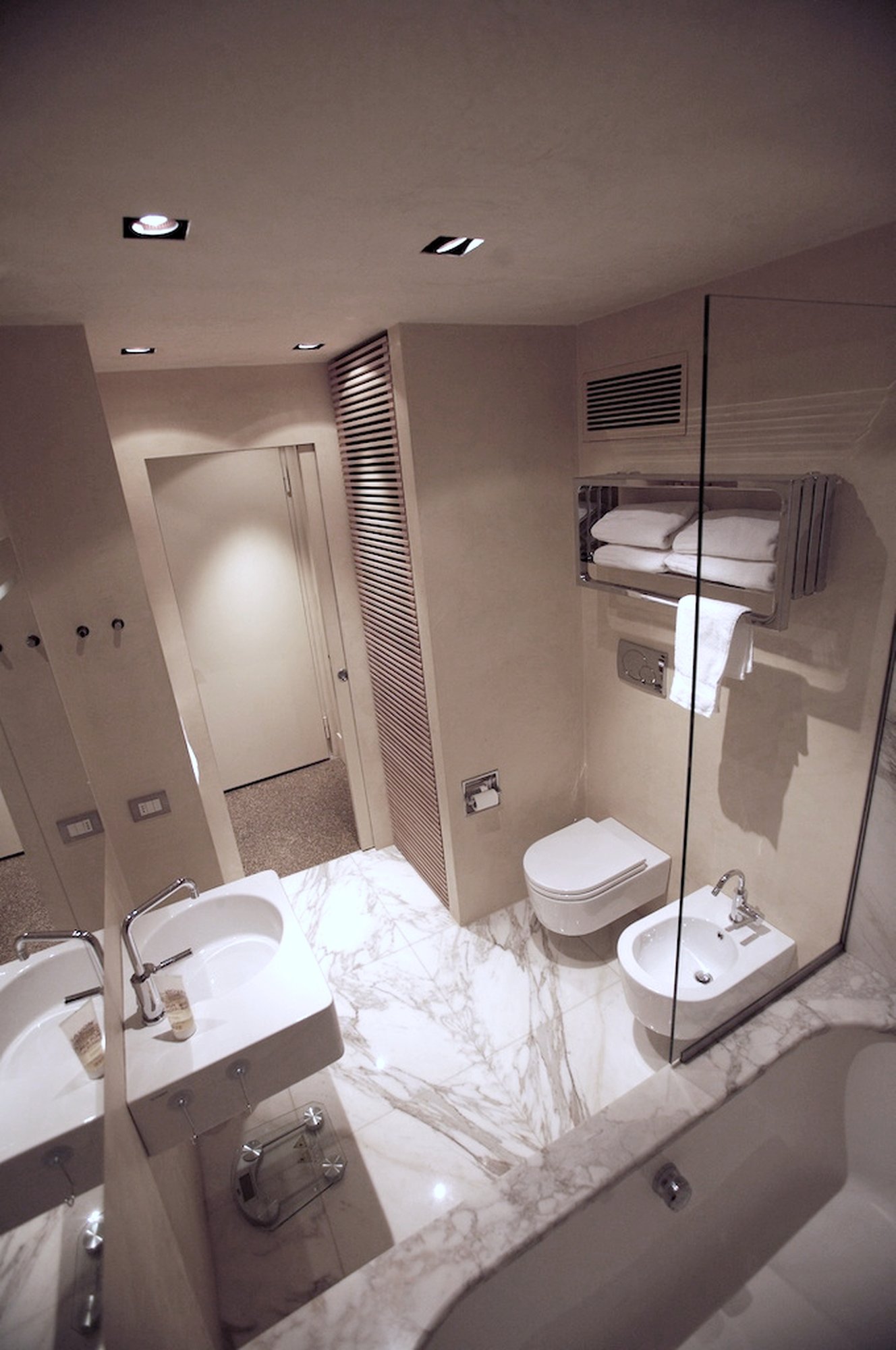 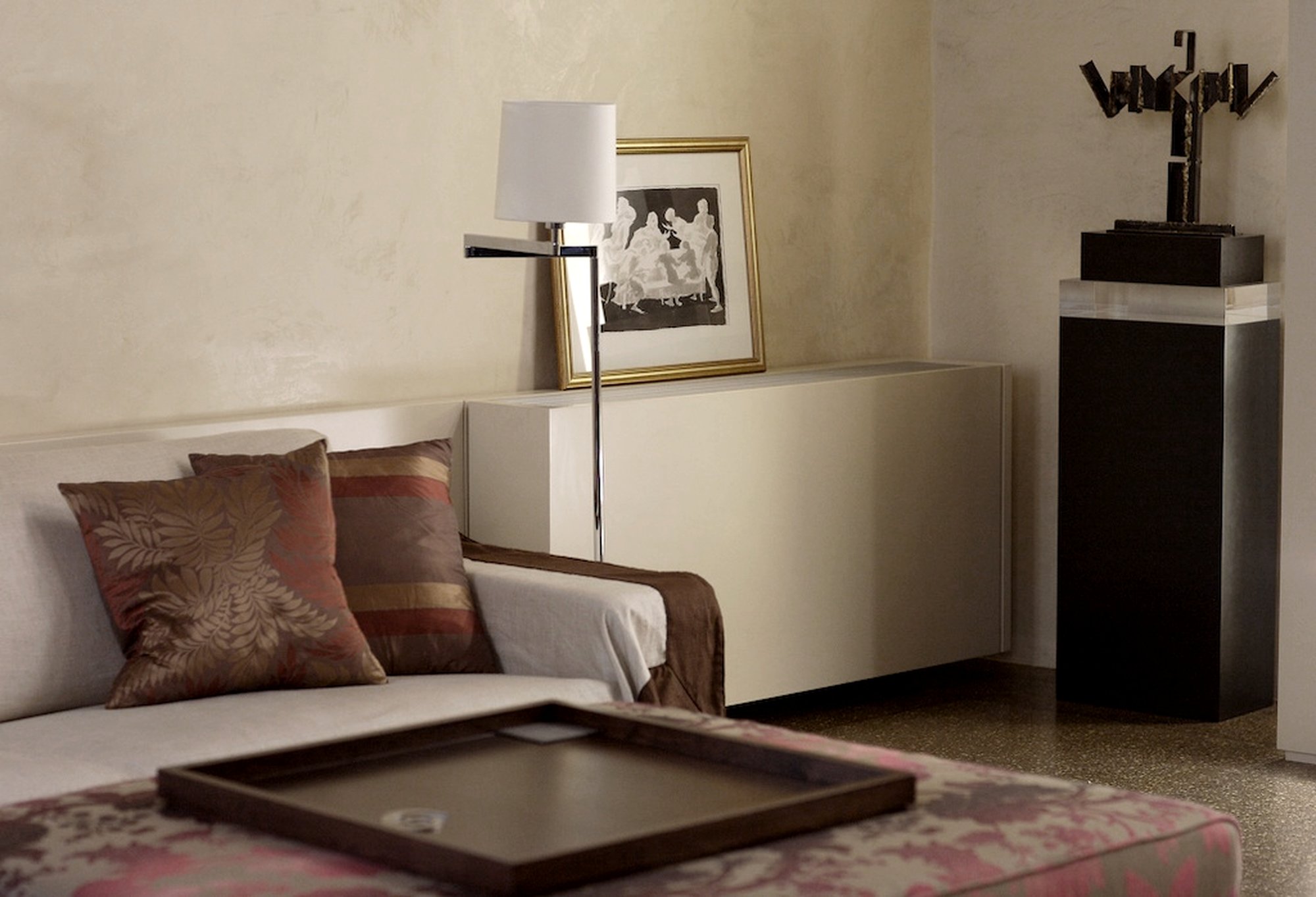 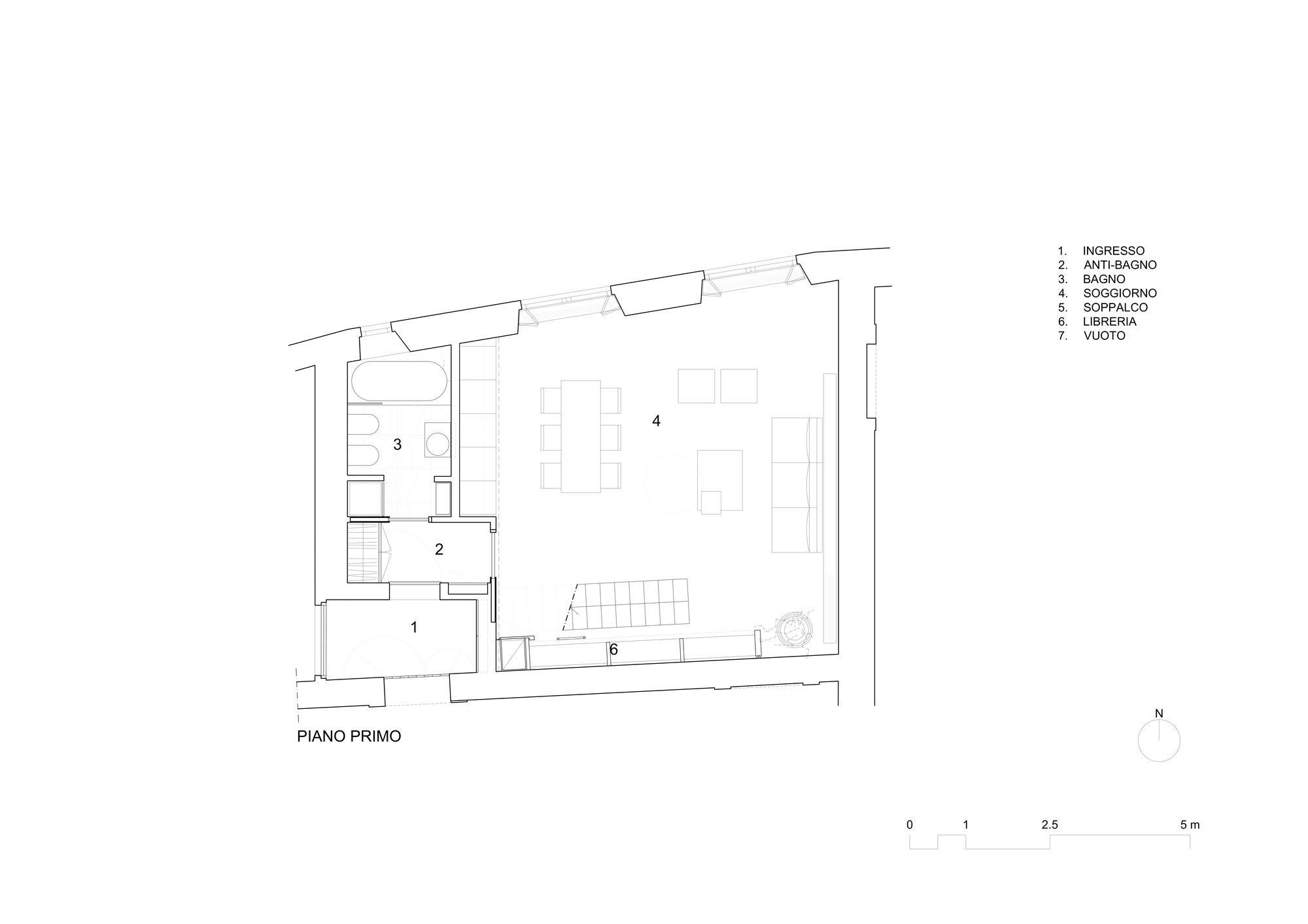 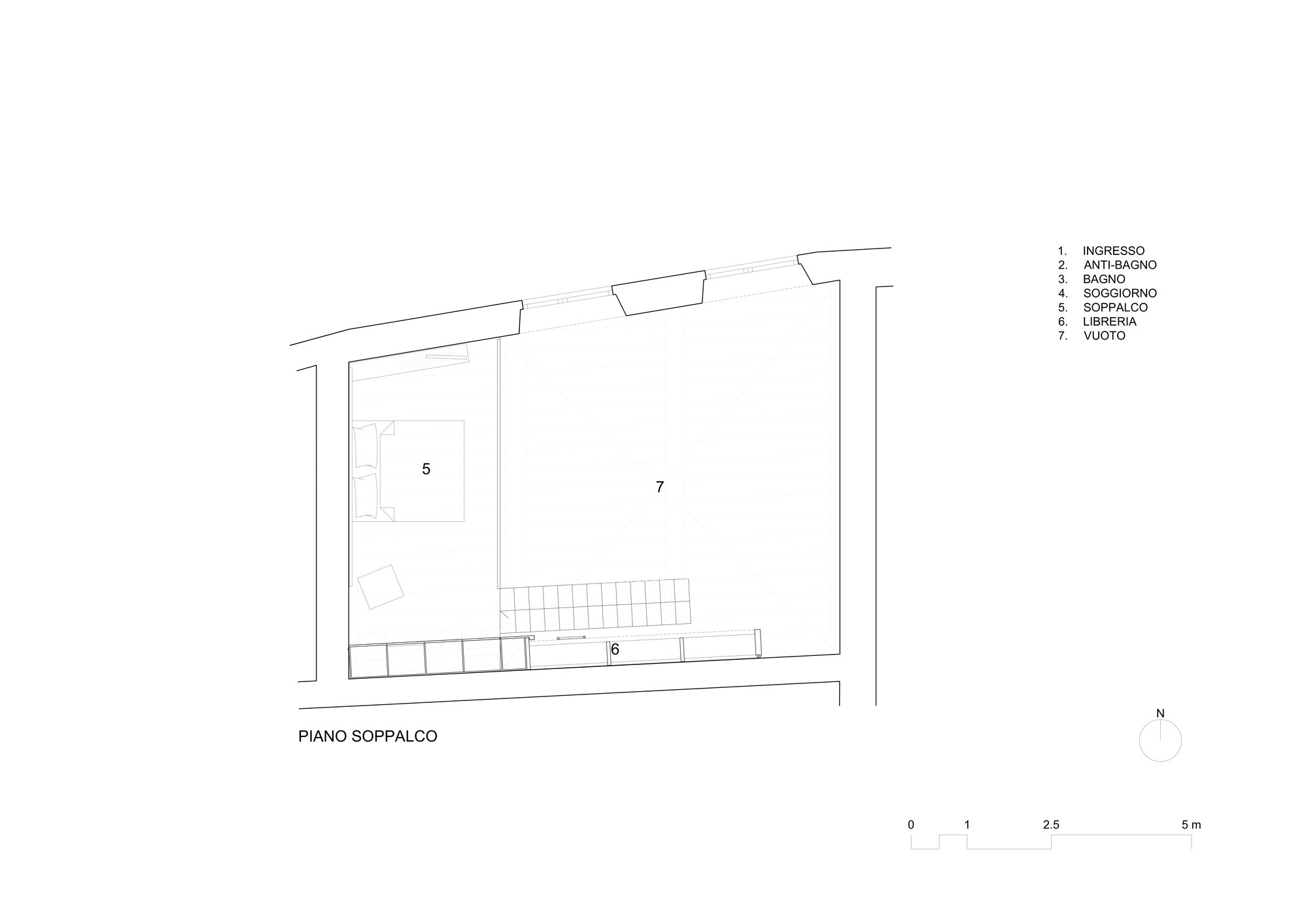 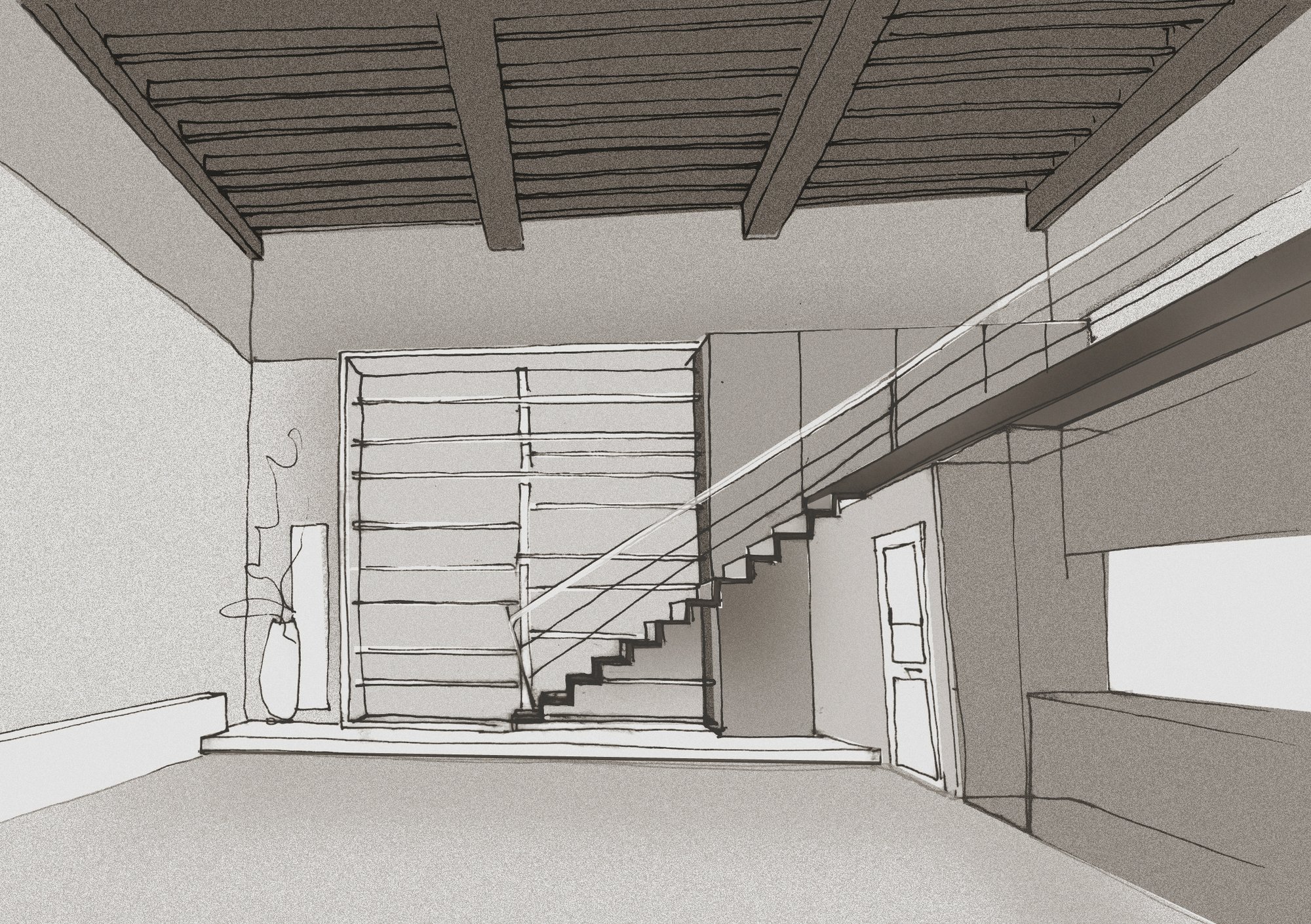 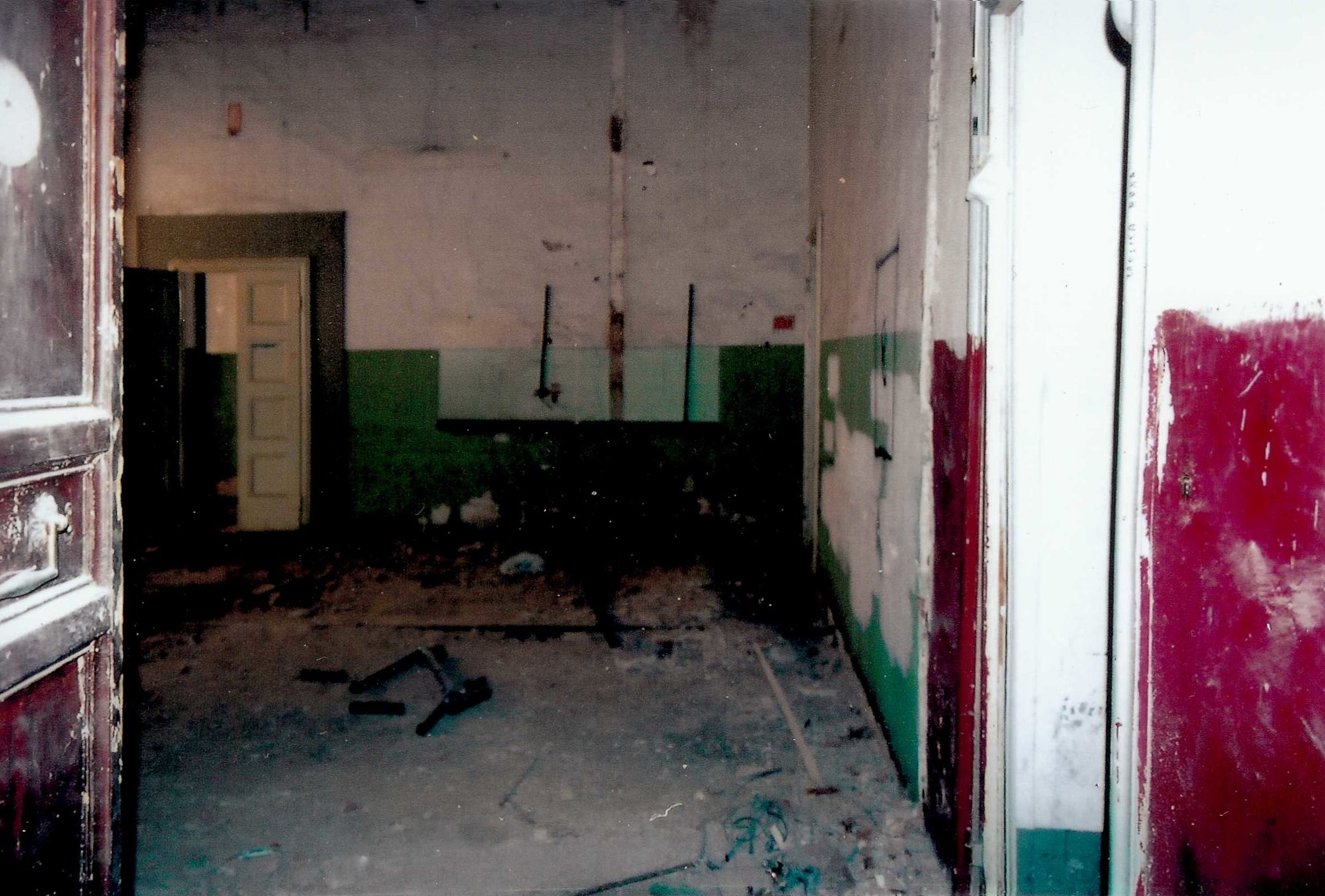